According to a recent study conducted local search listings provide the most relevant search results irrespective of medium.

The study, conducted by comScore, entailed that local search listings now serve as an online business entity identities retrieving in important information such as website URL, reviews and photos.

Anonymous sources claiming to be close to the company, have informed CNBC that Facebook is changing its intended date for the IPO from early to mid-May to as late as mid-June.

Google Drive, a transformation of Google Docs will be available from today onwards, and comes as a direct competitor to Apple’s iCloud and Microsoft’s SkyDrive. The platform allows users to share documents with others.

A feature in Google AdWords has now been activated, allowing users to determine keyword quality scores with greater ease.

Google have moved to fight back against ‘bad ads’ by reviewing websites, ads and advertiser accounts.

This move follows the scrutiny faced by Google from lawyers over their human trafficking ads policy.

By tackling aggressive web spam tactics, Google are placing a greater degree of recognition over quality web results, which is very positive.

In addition the overall mobile ad market is expected to grow from just over £1 billion, to just under £5 billion.

SketchUp saw 30 million activations last year, an impressive figure that Trimble will no doubt be looking to increase further.

The Federal Communications Commission have been blamed by Google for the delays that saw the Street View Wi-fi data grab investigation slowed down and Google subsequently fined $25000.

The government agency has been blamed for deliberately slowing down the 17-month investigation. 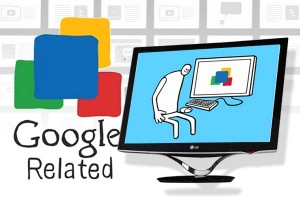 Google have announced that the rotate setting for AdWords will change starting from next week. Ad rotation will be limited to thirty days, after which the ads that receive the most clicks will be optimized.

The multi-billion pound company is currently under investigation by South Korea and Argentina, in relation to its search and advertising businesses.

END_OF_DOCUMENT_TOKEN_TO_BE_REPLACED

END_OF_DOCUMENT_TOKEN_TO_BE_REPLACED
« Older Entries
This website uses cookies to improve your experience. We'll assume you're ok with this, but you can opt-out if you wish.Accept Read More