Last week Google announced the launch of their new sitemaps features within Google Webmaster Tools. Let’s take a look at the new features:

First and foremost, the visual changes to the area are clear. Data such as indexation and submitted URLs is now presented in simple but effective graphs, and the deeper information is all tabled neatly in easily accessible detail. Errors are displayed much clearer, and are grouped to make navigation and understanding easier. This makes the process of error diagnosis much smoother and easier as you can click straight through without having to trawl through several pages to get there.

The new page displays the details dependent on the type of content – data is separated for web, videos, images and news results. As a result the Video Sitemaps Labs option is now redundant and so has been removed.

You can also now test a sitemap, through which a Google robot will fetch your file and analyse it for errors – though not comprehensively – before you actually submit it to Google Webmaster Tools. This means you can more easily avoid uploading a faulty sitemap and damaging your indexation going forward.

And, in a move vaunted by Google’s blog, they’ve also changed the way the “Delete” button works. STOP THE PRESS. It now deletes the sitemap from all accounts within Webmaster Tools, where previously it would have just deleted it from your profile. However, Google may still crawl it, so the delete function is by and large redundant unless you block it via the robots.txt file. 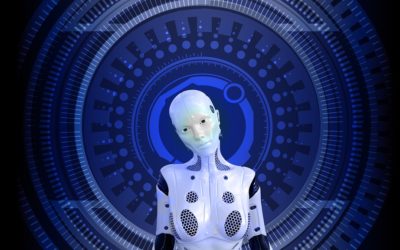 As the world of business becomes increasingly complex, finding solutions to problems in the office is becoming more crucial. Artificial intelligence (AI) technologies have stepped in to give us a helping hand, and are quickly transforming almost...

END_OF_DOCUMENT_TOKEN_TO_BE_REPLACED

END_OF_DOCUMENT_TOKEN_TO_BE_REPLACED
« Older Entries
This website uses cookies to improve your experience. We'll assume you're ok with this, but you can opt-out if you wish.Accept Read More