Google Panda Climbs up the Global Ladder But what are the Effects?

Earlier this year, Google launched an algorithm – Google Panda Update. The aim of Panda update is to provide the most relevant answers to people’s queries by filtering out low quality sites which may not be of interest or relevance to the user. As you will know Google is a search engine that aims to give people the most relevant results to their search queries so the more specific and helpful the results are, the more people are going to use Google over its competitors.

SO WHY IS IT CALLED PANDA?

To begin with, the update was known as the “Farmer’s Update”. This was due to the number of content farms that were affected by the rollout, although the name was later changed to Panda after one of its lead developers.

Google Panda was first released in the US in February this year and was originally targeted within English speaking countries alone.

Since its launch, Google has attempted to make minor changes in order to update the program regularly. Google Panda will tend to affect between 6 to 9 per cent of all queries although the impact in the US and UK will not be as great as other countries.

When Google launches an update to Panda it is generally tested in the US to measure the outcome and judge whether it is worth introducing elsewhere. This has been a moderately slow process which has taken time to generate a change globally.

Google recently announced that the Panda update has been launched internationally; looking at the bigger picture it has spread worldwide attracting a larger market although it is yet to target Japanese, Korean & Chinese speaking countries. 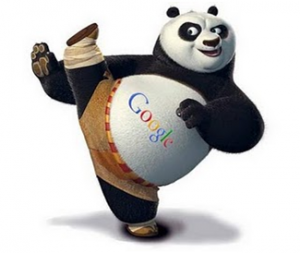 The update has had a larger effect on countries such as Germany, France & Austria as sites have lost vast amounts of visibility whilst others have continuously gained traffic.

German site Facebook Trends experienced a huge loss in visibility as almost a hundred percent was lost. Whilst some German sites lost out from the Panda Update, others came out as winners and gained visibility. wabauto.de is a German site that recorded a rise in visibility of 132.77%.

Over in France bestofconcours.com gained 105% visibility post Panda update. France actually experienced vast amount of visibility loss as most of the sites on the list lost more than 80% and the top loser was techno-science.net who lost a whopping 96.63% visibility.

FACTORS WHICH MAKE A SITE VULNERABLE TO PANDA:

HOW CAN I IMPROVE RANKINGS?

If your site has been affected by Google Panda or you want to prevent it from losing visibility then follow these tips to improve your rankings:

If your site has been affected and you have lost traffic then contact Orchid Box, we can help get your site back on track and back in the rankings.

END_OF_DOCUMENT_TOKEN_TO_BE_REPLACED

END_OF_DOCUMENT_TOKEN_TO_BE_REPLACED
« Older Entries
This website uses cookies to improve your experience. We'll assume you're ok with this, but you can opt-out if you wish.Accept Read More